One of the neatest things we did during our St. Simons Island vacation last week was to visit Fort Frederica. This was a fort established by the British in the 1700s. The site is now operated by the National Park Service, who has this to say:

Georgia’s fate was decided in 1742 when Spanish and British forces clashed on St. Simons Island. Fort Frederica’s troops defeated the Spanish, ensuring Georgia’s future as a British colony. Today, the archeological remnants of Frederica are protected by the National Park Service.

You can read more about it on the official NPS site here. This place was so lovely and well-maintained! We had a great time roaming around on the site, imagining what it must have been like for the settlers.

Live oaks covered in Spanish moss are prevalent in the area. So beautiful, way more so than this photo depicts. They are all over the site where the fort and accompanying village were located.

There is no admission to get into the site, which I couldn’t believe once I saw how nicely the place is maintained! The path leads one through the site as the village would have been laid out. Many of the structures have long since decayed, but several have the foundations still standing, which are maintained by the NPS. Below is one of them, the only one that had standing water in it, left from Hurricane Irma?? Not sure. None of the others had the water. 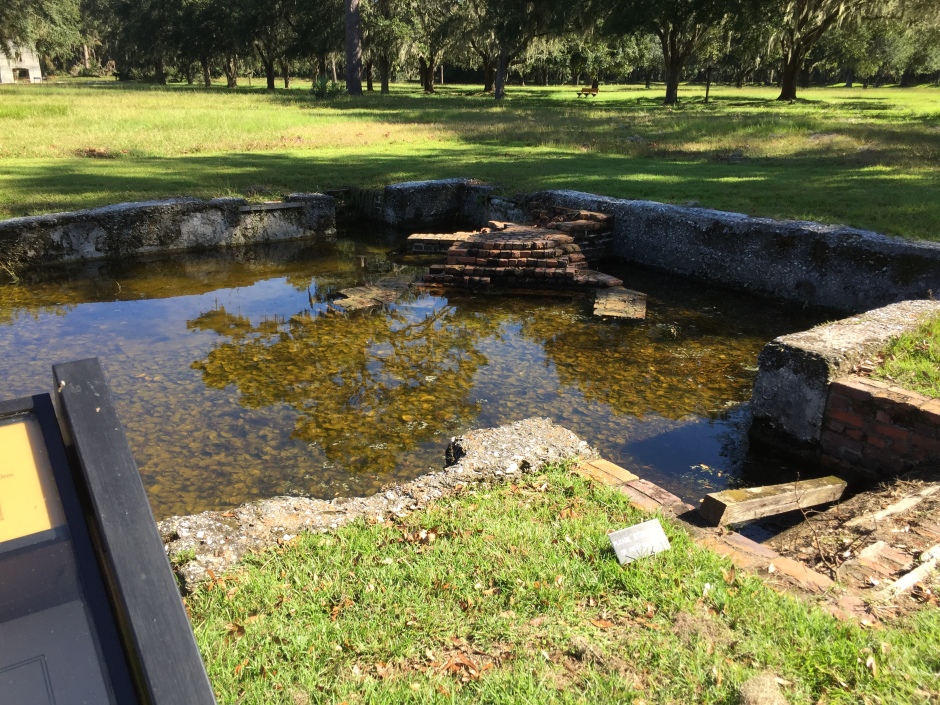 There was literally a home/shop for all the of the storekeepers you would imagine: butcher, baker, candlemaker. The remains of the doctor’s house, the provisions storage buildings and the tavern were also there, among others. They built their structures using materials that were locally available, formulated into a concrete-like mixture called tabby: oyster shells, sand and water.

After a stroll through the Village remains, we eventually reached the fort itself, situated on the Frederica River. 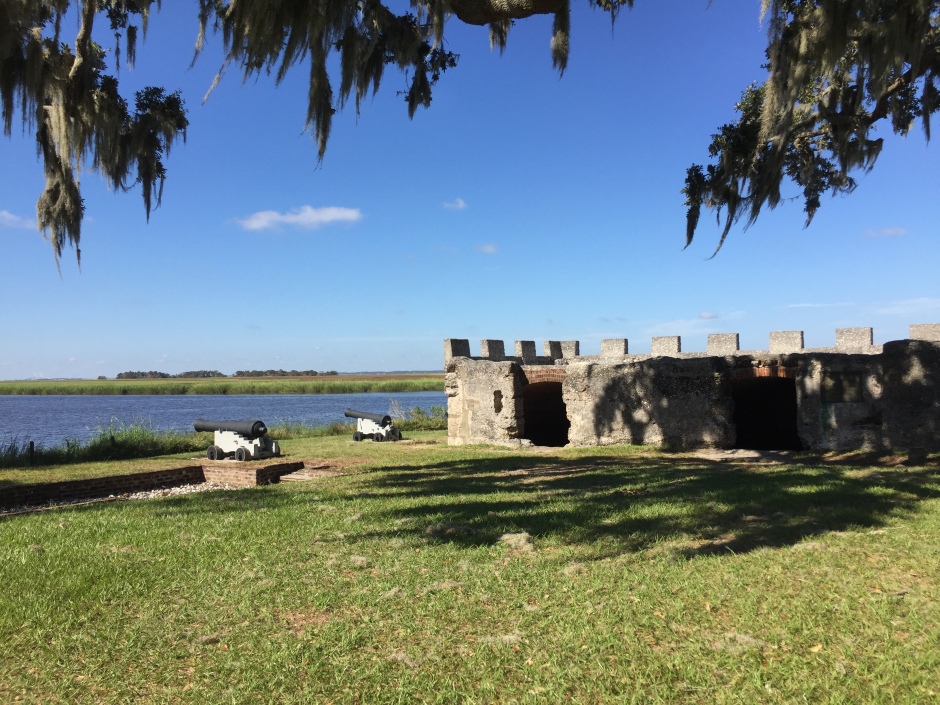 The fort was situated on a bend in the river, which allowed it to control ship travel. Cannons were positioned on each side of the fort so that angles from the river bend on each side were protected.

While we went to SSI for relaxation (read: beach and some good food), we are so glad we took the time to see this historic site. Well worth the visit!

Take the time to enjoy the little things, for they are the things that make life rich and interesting. ~Angela Mitchell

Want less philosophy and more hands-on? Check out The Woodland Gardener on YouTube!